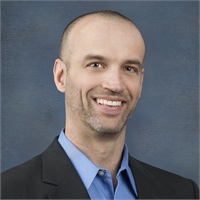 After spending several years in the financial industry, Peter established the independent financial services firm PAC Capital Management, where he currently acts as President. Peter's goal was to create a company that could best serve the comprehensive needs of his clients.

His vast knowledge of the financial industry is demonstrated by his acquisition of the respected CFP®, ChFC and RFC designations. Peter's strengths include his ability to analyze the various needs of his clients and provide comprehensive strategies. He has given seminars on a variety of financial topics to individuals and corporations across the country.

Academically, Peter succeeded in the challenging atmosphere of Harvard University, earning a BA in Economics. He was a member of the National Honor Society and a consistent honor student at the Nichols School of Buffalo.

Athletically, he competed at the highest level. As an All-America hockey player, Peter led Harvard to the NCAA Hockey Championship in 1989 and was a finalist in 1991 for the Hobey Baker Award, which goes to the top collegiate hockey player in the nation. His hockey career continued with a spot on the 1994 U.S.A. Olympic hockey team that competed in Lillehammer, Norway, a stint in the NHL with the Buffalo Sabres, the AHL, and the IHL. During his entire tenure with the Rochester Americans and Detroit Vipers, Peter served as either captain or assistant captain of his respective teams.

Peter has also excelled at doing what he can to meet the larger challenges of our society. He is a two-time winner of professional hockey community service awards for his work with youth and charitable organizations. He spends much of his spare time working with local charities, including "Skate to be Great", where he serves as a member of its Board of Directors. "Skate to be Great" is a non-profit organization committed to helping children with mental and physical disabilities learn the skill of ice skating.